A Game Over occurs when, for some reason or another, the player cannot access a Red Room in Welcome to the Game, which is the primary goal of the game.

The player only has 30 in-game days to find the Red Room. After that, all Red Room services are permanently cancelled. An in-game day is approximately 5 minutes and 45 seconds long (giving you 2+ hours to complete the game), and the player can lose several days if they fail certain Hacking mini-games.

If the player fails at hiding from the Kidnapper with the Light-Switch after he breaks into their house, he'll forcefully capture them, instantly ending the game.

If the player fails at keeping the Breather out of their house by holding the door shut, he'll sprint into the room, cackling, before gutting them with his knife.

The "Kidnapped" Game Over screen

The "Time Up" Game Over screen

The "Killed" Game Over screen.
A Game Over only occurs in The Waiting Room when the Executioner finds and knocks out the player with a punch to the nose. This is either because he caught onto their attempts at escape, or because 3:30 AM hit.

A Game Over occurs when, for some reason or another, Clint Edwards cannot save Amelea in Welcome to the Game II, which is the primary goal of the game.

If Clint fails at tunneling to the Shadow Web by 4 AM, his investigation is a failure and Amelea is doomed to get tortured to death by The Prey.

If Clint fails at evading Noir or The Breather, they'll violently murder him. The woman of the Noir couple bludgeons him to death with a hammer, while the Breather shanks his chest and neck to pieces with his kitchen knife.

If Clint fails at evading Lucas Kumiega, he'll blow his brains out with a silenced pistol, completing his contract.

If Clint fails at evading the Police, a couple of SWAT officers will raid his apartment, flashbang him, and arrest him, or just jump and wrestle him to the ground in the stairwell if he's not home.

If Clint fails at marking a woman's apartment door in time after his "business proposition" with the Doll Maker, he'll jump him in the hall or in his room, hoist him up by his neck, and shank his gut to pieces with his serrated knife, dropping his mangled corpse back to the floor. 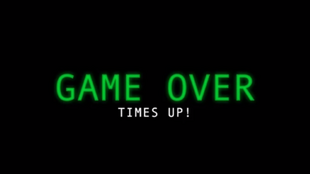 The "Times Up" Game Over screen. 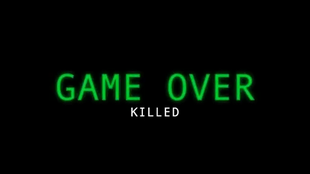 The "Killed" Game Over screen. 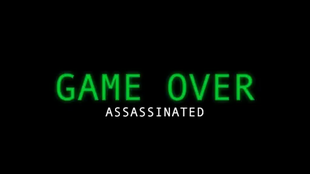 The "Assasinated" Game Over screen. 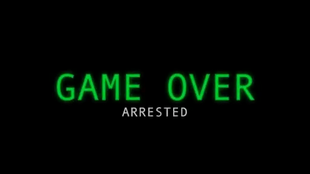 The "Arrested" Game Over screen. 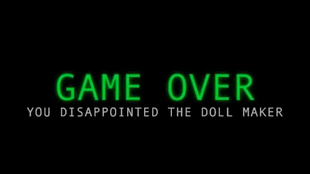 The "Disappointed" Game Over screen.