The Apartment is the main setting of Welcome to the Game II, and where Clint Edwards resides.

It's an apartment complex based in downtown New York City. Clint mainly operates in his own studio, which is composed of a Kitchen, Dining Room, Bathroom, Living Room, Bedroom, and Balcony. The Living Room's wardrobe and the Bathroom's shower can be used as hiding places, the Bedroom's dresser is home to the Flashlight, the Balcony can be used for VPN locations, and the Dining Room houses Clint's computer, which is what he uses to access the Deep Web with. There's also the front door, which can be locked, peeked through via the peephole, and gives the player access to the rest of the Apartment.

The rest of the Apartment is composed of several floors worth of hallways, each connected by a staircase. Every pair of floors has its own maintenance closet, which is at first locked, but is broken into by threats off-screen, who promptly shut the breaker off and flood the floors with blackness, navigable only with the aforementioned Flashlight. To do anything productive, Clint must leave the safety of his own home to reactivate the breaker. The very bottom floor gives Clint access to the Lobby, which bridges into the Alley where he's delivered supplies he bought from the Deep Web. 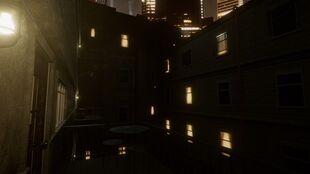 The Balcony, giving a glimpse at the Alley and New York's skyline 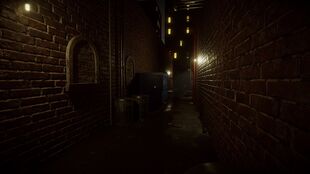 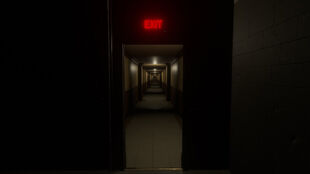 One of the many Hallways
Add a photo to this gallery

Retrieved from "https://welcometothegame.fandom.com/wiki/Apartment?oldid=7350"
Community content is available under CC-BY-SA unless otherwise noted.